In one way, London saw the Blitz coming. Cities knew that the existence of bombers would bring this war right to them. From now on, war would mean the large-scale killing of anonymous civilians as strategic targets were hit from the sky. 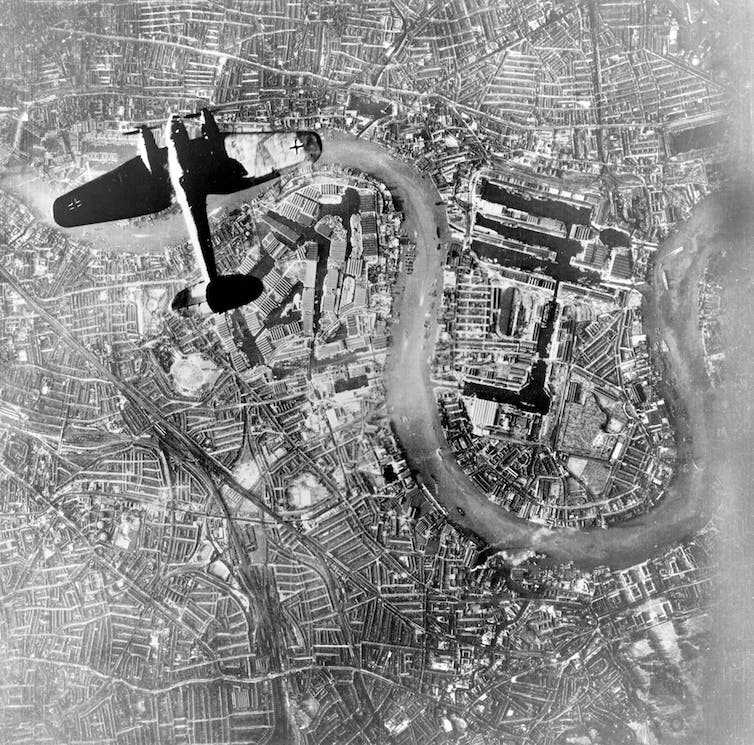 When the bombers first came, on September 7, 1940, the authorities were expecting unprecedented civilian fatalities – up to 1.8m within 60 days, said one 1937 report. In the event, the eight months of the Blitz saw 43,000 lose their lives.

But what London didn’t plan for was mass homelessness. The bombs took people’s homes on a scale, and at a speed, not seen since the first great fire of London. In the first six weeks alone, 250,000 lost their homes. In Stepney, four out of ten houses had been destroyed or damaged by November 11. 1.4m people – one Londoner in every six – would be made homeless by May 1941. When it came to those surviving but displaced, it was as if “some officials had never imagined what the Blitzkrieg would be like”.

Those words came from my grandfather, Ritchie Calder – at the time, a reporter for the Daily Herald. As the Blitz hit, he was pulled around the East End in the wake of fallen bombs, giving raw reports of their impacts on the ground. He typed nightly in the thick of the fires and sirens, at one stage describing “fiery confetti spatter[ing] the papers on the desk with singe-marks”. He offered, as the journalist Tim Luckhurst has put it, “compelling stories fizzing with quotes, observations and the authentic voices of ordinary Londoners”.

The official propaganda machine was in overdrive, proclaiming “London Can Take It” as if the responses of emergency services, government, civilians in general and “the people’s army of volunteers” were fluently in sync. My grandfather’s Blitz reporting gave a far less harmonious picture. Consistently impressed by the resolve and creativity of working-class Londoners, he grew exasperated by the sclerotic, fragmented ways in which local and national authorities responded to the city’s battering. If London was “taking it”, this was too often despite, rather than because of, what those in charge were up to.

In quick-spreading journalism and books (three in 1941 alone) he wrote of communities finding their own shelters when Public Assistance Committees lacked the power to provide even basic equipment, of local officials being left to deal ad hoc with impacts rippling right across London, of the hurdles posed by complex, varying boundaries between local authorities and services from water to energy, and all the time, most vividly, of the everyday human burdens borne amid these administrative gaps and failures.Ritchie Calder, 1940s. Gideon Calder, Author provided

There were “the gasless, the waterless, the foodless and the wifeless”. There were wardens dealing with drastic incidents through the night without respite, electric light or any provision to feed them on the job. There was clergyman Father Groser, sleeping under railway arches with the bomb-disrupted, lighting a bonfire outside his church, breaking into an official food store to feed the homeless in the shelter he’d organised. There was Flora Solomon, “one of the most remarkable women I have ever known”, running “Communal Restaurants” which, as government caught up with their success, became endorsed by the Ministry of Food and renamed “British Restaurants”. And consistent throughout: there was the poor helping the poor as officials argued over whose budget should be used for what.

One such story – one of families being “left by a series of blunders to be bombed to death in a dockland school” – forms part of the first episode of BBC2’s Blitz: The Bombs that Changed Britain, in which Calder’s own story plays a role. In this episode, my cousin Simon and I follow the tracks of our grandfather’s reporting, reliving both the rich accounts of human resourcefulness and the pettiness and parochialism of local bureaucracies arguing about who was going to provide how many blankets to whom.

The ripples of that time extend all the way to now. Churchill’s war cabinet, unsettled by Calder’s writing, recruited him: he was put in charge of “White Propaganda” at the Political Warfare Executive. There were, as he wrote, compensations amid the bomb-disruption: seeds of new democracy, with people discovering “latent qualities of leadership”, finding a voice, becoming active in the organisation of their communities.

His calls for a Welfare Board for London to coordinate the meeting of basic needs chimed with the soon-to-come Beveridge Report of 1942 – published exactly 75 years ago – and the momentum behind the post-war creation of a concerted welfare state to take local happenstance out of the provision of vital services. His son, Angus, born in the middle of the war, became, as a social historian, an extensive, influential re-teller of the Blitz from the point of view of ordinary people.

Lessons of the time apply anew today. Much of the anger and sadness about Grenfell Tower echoes Calder’s sheer incredulity at how authorities can preside, whether due to complacency or ideology, over crises not just entirely predictable – but directly, publicly predicted.

Government learned much from the war about how to do things better. But we find new throwbacks to that Blitz-era sclerosis. The shambolic and dangerous roll-out of universal credit offers a masterclass in unlearned lessons about how to limit the human costs of policy. And local government, hollowed out by years of underfunding, operates under sustained adversity.

We live with the tendency to think downwards from market criteria, to reduce measures of value to individual costs and benefits, rather than upwards from the lives and wisdom of the people whom those models are purportedly about – so that their needs and voices are squeezed out, and the public realm depleted. The space for debate about and humane negotiation of social challenges and the public interest is shrunk. This takes an everyday toll, sometimes on a catastrophic scale. As my dad wrote in his social history of World War II, The People’s War:

In general nothing emerges more forcibly from the Blitz than the contrast between laggard councillors, obsessed with their own prestige, and the self-sacrifice of the volunteers who strove indefatigably to remedy the position which bumbledom had created.

Grenfell’s entirely avoidable disaster, and its aftermath, speaks of a similar neglect of the position and agency of ordinary people, and lack of the most basic care for their safety. “Bumbledom” is surely too generous a term for this. The Grenfell Tower Inquiry should tell us. But meanwhile the angriest, most exasperated reactions ring truest. We should have known better in 1940. In 2017, all the more so.