Is it really 2018? The evidence suggests otherwise

The following article by Charles C. Rozier of Swansea University was originally published by The Conversation. 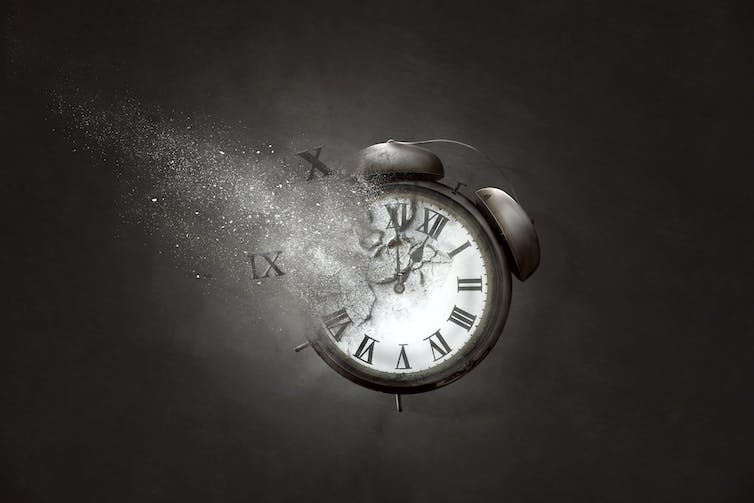 According to scholars throughout history, we actually aren’t living in the year that is printed on our calendars. The more the origins and development of dating systems have been and are studied, the more it becomes apparent that time is only what we make it.

In the Western world, the year – be it 1066 or 2018 – predominantly refers to the number of years it has been since the birth of Jesus Christ. This is either referred to using the centuries-old “anno domini”, or AD (a shortened form of “year of our Lord’s incarnation”), or by the more recent “common era”, or CE. But given that we don’t actually know with 100% certainty which year Christ was born in, how do we know that it has been 2018 years since that time? 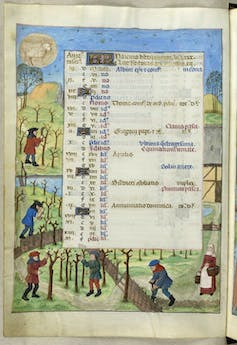 An illustrated calendar page from the breviary of Queen Isabella of Castile, produced in the late 1480s in Bruges. Wikimedia/British Library

The problem derives from our sources: the four Gospels and the Pauline Epistles. Matthew and Luke’s Gospels tell us that Christ was born “in the days of King Herod the Great”, who died in what we would call 4BC. Luke adds that it was also during the census of Augustine and Quirinius’ governance of Syria – which began after 6AD. Using this logic, Jesus would have been born either before or after what we use as our year zero, which is meant to signify his date of the birth.

The Gospels also tell us that Christ began his ministry in his 30th year, and that it lasted three years until the Passion. However, the claim that Christ’s Passion and Resurrection occurred at Passover (which are dated according to lunar and solar cycles) also leaves holes in the date of Jesus’s death had he been born in the year zero: 33AD. Using Matthew and Luke’s dates, the Passion should have happened in either 29AD or after 39AD. So how do we reconcile this mess? What year are we really in, according to the AD system?

This dating controversy fascinated Christian theologians and thinkers throughout the Middle Ages. In their attempts to reconcile it, the Scythian monk Dionysius Exiguus (who died c.544AD) and then the English scholar, Bede (died 734AD), worked out that the solar and lunar cycles – which gave the day of the week and date of the full moon, respectively – used to calculate when Easter would be each year, repeated themselves every 532 years.

And so the search for the date of long past and future Easters (usually referred by medieval authors to as the science of “computus”, meaning “calculation” or “computation”) became irrevocably linked with the study of dated historical events, and of history. But in using this method, Dionysius and Bede both came to find that their version of the annus domini and their placement of the birth of Christ contained errors. 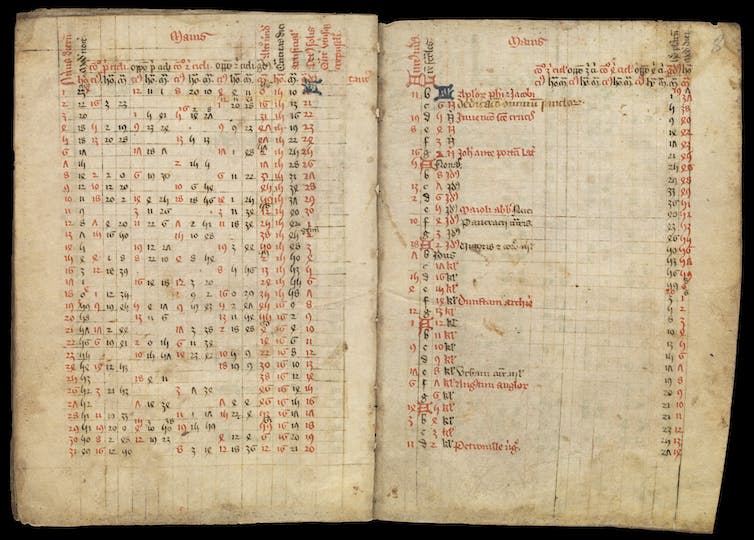 Page from a practical manual of late medieval computational science and astrological medicine, compiled in the early 15th century. Wikimedia/Wellcome Images, CC BY

In what we would call the year 1076, an Irish monk and chronicler, Marianus Scotus, completed a sprawling chronicle of world history. Crunching the numbers on all known dated historical events, Marianus demonstrated that Christ was in fact born 22 years earlier than previously acknowledged, meaning that he was writing in what should have been dated 1054AD, not 1076AD.

Marianus’ chronicle was circulated throughout Christian Europe, and although his revised annus domini was well received, the whole of Western Europe did not suddenly change their numbering of the year. It seems that the accuracy of this dating system was less important than the fact that it existed, and worked as a means of locating dates of past and future events in an intelligible framework. To overhaul thousands of years’ worth of recorded history and centuries of legal and administrative documentation, just does not seem to have been deemed worth the effort for Marianus’ contemporaries.

So, how do we know what year we are in? Clearly, we are in whatever year we say we are, according to whatever dating system we choose to use. While 2018AD/CE dominates current dating measures, we might just as well choose to use the measures provided by other religions, beliefs or cultures. And who knows what measures may be deemed more applicable to future generations.